We have entered into the seventh month of the Hebraic year that is associated with the tribe of Ephraim.   This is the harvest season, so what you sowed into in the spring, you should see some sort of harvest, completion or blessing in these next three months. It is a season of joy and celebration as well after a long summer.

We have been in a year God has been “nailing” things to the cross (crucifying our flesh). This struggle and “Jacob” wrestling is not over, but there should be some sort of breakthrough this harvest season. The struggle is a part of the process of becoming an overcomer, so count it all joy you have been chosen to go through the wrestling as it will bear much fruit.

The Hebraic year of 5777 was celebrated on the Feast of Trumpets, which is so confusing since our Hebrew year isn’t over. Why the confusion? Here is an answer: 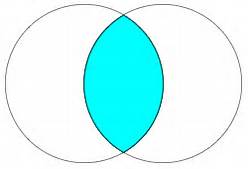 Our minds are so programmed to think Greek in which everything has a definite start and finish and is linear. But the Hebrew mindset is cyclical and eternal. God’s pattern always overlaps to continue the redemption process of restoring creation. If you look at the diagram, the colored part is the part that has the Hebrew year we are currently, which is in it’s seventh month. But it also has the prophetic conception of the Hebrew Year to come next which is hidden until it’s time to be seen in the earth.

The Lord changed the calendar in Ex. 12:2 to start in Nisan(March/April). Prior to then, the Hebrews were celebrating their year on the first of Tishrei which a couple nights ago. This is because Adam was created on the first of Tishrei. It was also the day that Jesus was born in the flesh, the second Adam (1 Cor. 15:45).

The Hebrew month of 5777 was impregnated in the spirit on the first of Tishrei, but it will not fully manifest and connect to earth until March/April. It is almost like when someone announces they are pregnant. The baby in the womb has been formed, but the world does not see it until 9 months later after it is fully formed. In the earth, we are still finishing the Hebrew year 5776, which is why it will take time to see the purpose of 5777 manifest until March/April of next year.

There are many prophets giving words about the Hebrew year of 5777. At this time, I am only led to share this: The 57 in Hebrew is translated to “God’s eye.” The 77 is translated to the word Zayin, which is weapon. Literally, it means, “God’s eye is on the weapon.” I believe we are, and will be, prepared as weapons in the Lord’s hands. God’s weapon is the sword of the spirit, the WORD, which will bring forth truth and love in a deeper dimension.

God wants to release His Word (His weapon), in greater measure so we can walk in His truth which sets us free and gives us His authority to free others from the works of the enemy. The enemy will use the weapons made of lies and made of the flesh which will also increase. God is asking us to choose His truth and His way over the ways of the enemy.

The other thing that God keeps bringing up for the Hebrew year of 5777 is WATER. Water, water, and more water…..Like the floods of Noah, the flood will pour out of the Holy Spirit, the Spirit of Truth, that is our weapon, that will open up the gates and bring forth the manifestation of His glory. This manifestation will shine the light on the darkness, and some will come into the truth, while others will choose to be separated from it. The Lord told us, “Come, those who are thirsty…” We are to drink of Him, who is the WORD, and by doing so, more of His substance will permeate out of us! God says His voice is like many waters, and His voice (HIS WORD) is a sword (weapon):

Ez. 43:2 – “And behold, the glory of the God of Israel came from the way of the east. His voice waslike the sound of many waters; and the earth shone with His glory.”

Rev. 1:15 – “His feet were like fine brass, as if refined in a furnace, and His voice as the sound of many waters;
and the pure river of life proceeds from the throne of God”

Rev. 22:1 – “And he showed me a pure river of water of life, clear as crystal, proceeding from the throne of God and of the Lamb.”